So April is just around the corner folks and with it a bevy of new solicits. Seems to be a pretty big month and I’m excited for it, lets check it out! 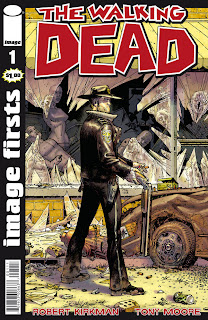 A great little idea by Image to reprint first issues of their best selling comics. Though I admit this is an odd idea since a lot of these comics are long out of touch with their earlier days it’s still an ice idea and for only a buck I’ll be picking up most of these. Especially Invincible #1 for sure. I already have Spawn #1 so no need for that but hey I’m really hyped to pick up all these firsts. 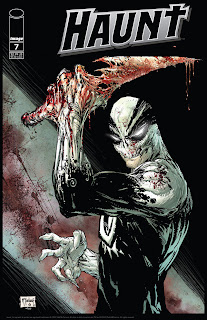 Capullo is taking over for good with #6 but hey this is where he starts drawing the series on a regular basis and that is awesome. I’m excited as all hell for Haunt right now as it’s looking to be one of the best ongoings of the year at this rate. With top notch art and some great stuff ahead I can’t wait for more. Also that’s a cool cover by McFarlane. 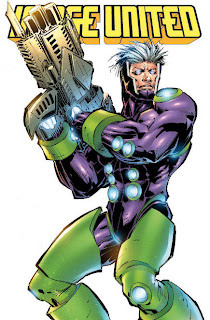 Now I like the solicit because it sounds like things are getting epic now. Up until now Image United has been very simple but if Kirkman can kick this into overdrive it will be great. 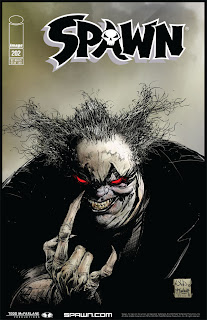 UGH…why does TMP solicit these issues when they never are going to make it out anytime soon! Come on this is just stupid and annoying. No way we’ll get that many issues by April. I doubt we’ll even get issue #200 by April! Now I have nothing to say about the solicit itself, it sounds all right but that’s it. 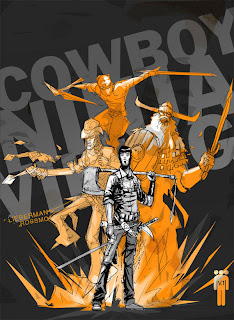 I’ve heard a lot of good things about this series and apparently it was so good it got turned into an ongoing from a mini. Impressive. I’ll definitely give the first collection a read and see how it fares. 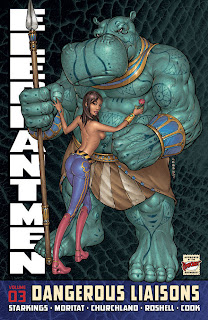 I’ve been interested in the Elephantmen series for the longest time. I heard about it when the ongoing series was first out but I always kind of just would look at it from afar and ponder over if I’d buy it or not. Now I regret not getting on earlier and I’ve been looking for a good jumping on point. I think I’ll start picking up the collection books and go from there. 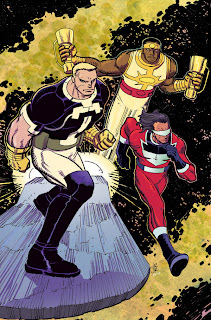 Well this looks awesome-wait…collects…issues 10 and 12? Waitaminute waitaminute! #10 (released earlier this week!) is the conclusion to the arc The Abandoned…so why is it being put in with a different arc? I’m so confused…I hope this is some kind of weird typo or something. 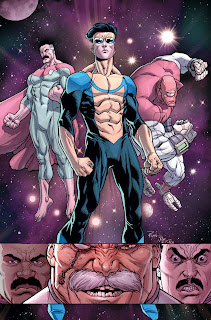 Conquest is back? And it’s a rematch with Invincible? My heart just stopped for a moment with the pure awesomeness that solicit contains. I am so pumped for this story arc I cannot wait for it. This is going to be epic, the stuff legends are made of! Easily one of my most anticipated story arcs of the year! Oh and did I mention that I love Conquest? 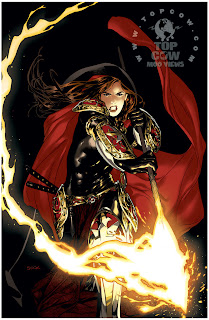 With an awesome team like this it’s hard to resist this upcoming series. Still I’m not a big fan of the series and I can’t really afford to add a new ongoing right now so for now I’m going to be passing on this, but it sounds cool.

Kind of a simple solicit, not much to talk about except for this mini sounds like it will continue to rock. 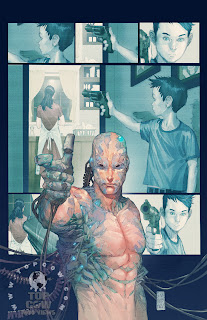 I love that cover so much, but the story sounds okay at best. I’m not sure if I’ll be picking this up or not but it does look cool at least and I do like the idea. Definitely going to keep my eye on this one. 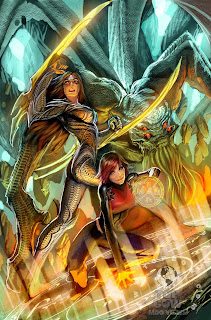 Another guest star, huh, I wonder if Cyber Force will be showing up next. Well I’m not familiar with Necromancer so I don’t have much to say on this issue really. It sounds like a lot of wicked fun though and I’m always up for that! 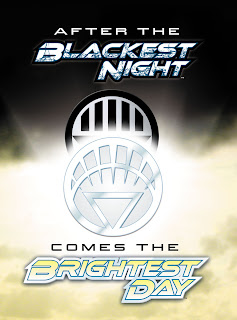 I officially have no interest in Brightest Day. Sorry folks but you won’t be seeing a review out of this one from me. Nope. Looks like a boring 26 issue waste of your money. 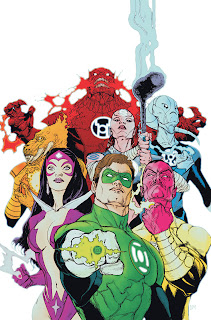 Hope you don’t mind us spoiling Blackest Night for you all! Everyone makes it out just fine, all the Green Lanterns, the New Guardians, everyone is peachy! UGH.

I’ve been debating if I should read Green Lantern after Blackest Night and it’s still up in the air at this point. I’d love to read it for the art alone honestly but I can’t really see any reason to read it outside of that so I probably won’t. 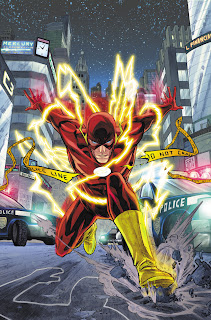 Similar to Green Lantern I want to read Flash only for the art. I know damn well it’s going to be a gorgeous looking book. But the story from the solicit sounds boring and I can’t say I give a damn at this point. 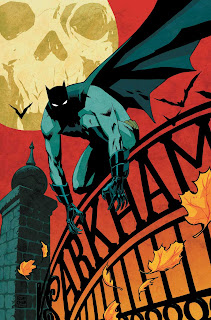 David Hine is writing Batman, that alone makes me want to read this issue. While I’m confused as to what happened to Greg Rucka I’m still curious about this story, it sounds awesome. But I hope Detective Comics doesn’t fall into a pit of fill-in writers at this point. 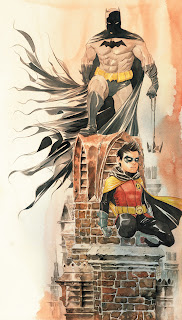 Okay, seriously how long can you drag out this Zsasz storyline? I just don’t get it, every solicit has been exactly the same! Batman and Robin team up with Abuse to take on Zsasz! Tell me more DC, please! Ugh…other then that I’m looking forward to more Streets of …

*Note: This was before I read Streets of Gotham #8 and saw that Mike Benson was doing a 2-parter. Not cool, DC. NOT COOL! 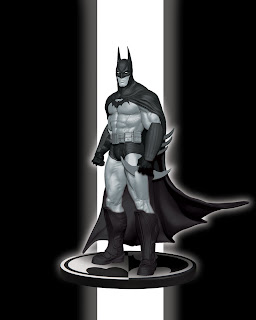 That is just awesome in 10 ways from Sunday. My only real complaint is why is this a Black and White statue? I would have worked better in color but I still love it so I must have it! 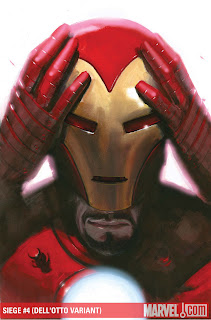 This is one of those instances where a solicit pisses me off. This is the most lazy goddamn solicit I’ve seen in a long time. “Everything changes, holy shit it’s epic, OMG!” god I despise these solicits. If anything this makes me unexcited for Siege #4 and I bet anything we’ll get a stupid cliff-hanger ending that will make me need to buy 20 other goddamn books. 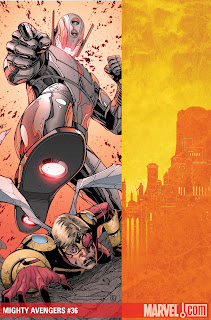 Already said my thoughts on the Avengers cancellation, but I wanted to mention the only Avengers book I’m reading that I am really hopeful gets a reboot. Slott is really hitting his stride with this book and while it’s poetic for it to go out with one of the biggest Avengers villains, I really hope it gets a reboot.

Now it also sounds like Slott is having to cram all of his other things into this like Pym Space as well as a marriage that I’m sure he would have normally waited a long time to get into it all but instead has to end it right here which is frustrating. I hope he can make it work. 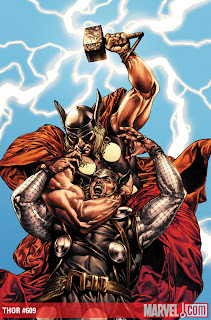 Okay, this sounds absolutely awesome. I am considering picking up this issue just for this fight with Clor, sounds epic as all hell! Can’t wait to see how this one plays out.

Not cool, Marvel! Not cool! You can’t announce a Young Avengers one-shot, getting my hopes up, and then not tell us who the team is or teasing what happens in the solicit. That’s just wrong! My heart is crushed now…I hope you’re happy! 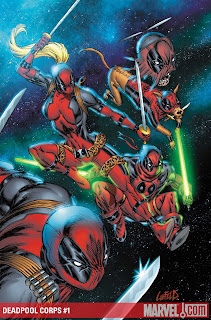 Rob Liefeld drawing Deadpool, joy to the world for everyone but me. Now I guess this is an ongoing series now since it doesn’t say anything about being a one-shot…awe damn, a 4th Deadpool ongoing? I sure hope not… 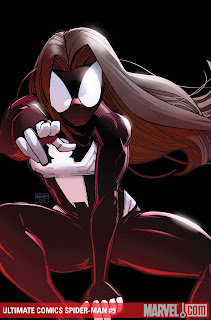 Oh hell yes I am very excited for this issue! The return of Lafuente as well as Spider-woman, it doesn’t get much better then this! Now I am hoping Bendis follows up on Johnny having a crush on Spider-woman in this issue because that is one of the most twisted and hilarious things he’s done in a while. Can’t wait to pick this one up for sure. 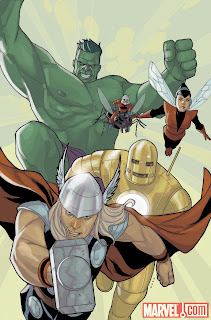 A great creative team and this looks to be an interesting mini. Now I’m not sure it’s all that necessary, everyone knows the origin easy enough but I guess it could make some cool moments for Avengers fans. Maybe I’ll pick up the collection if I hear good things. 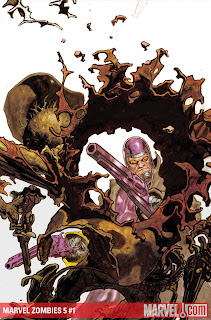 I officially despise the Marvel Zombies. Even with Fred Van Lente on writing the series is just dead by now and there’s no praying for a resurrection. Even with Machine Man kicking ass in this mini I don’t give a damn. I’m avoiding this one like the plague. 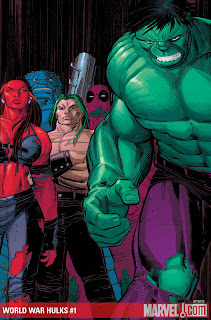 They actually did it. Marvel actually made a comic title so lazy and idiotic it makes me facepalm so hard I broke my nose. I mean…World War Hulk is an okay title, not great but decent…but to lazily just add an S at the end is pathetic. As for the comic itself? It sounds like shit and I hope it burns upon being printed. 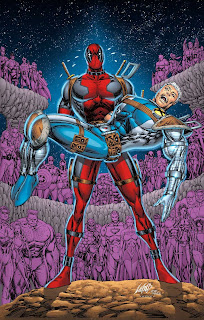 Going, going…aaaaand gone. My sanity has just shattered into a million pieces and I’m ready to beat my head into the wall until there is nothing left. Seriously, Marvel? Deadpool isn’t in enough comics? We needed to put him into ANOTHER? ANOTHER?! They even bump Cable’s name back behind Deadpool’s, when it’s Cable’s ongoing! That’s just total bullshit. 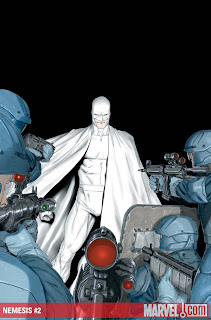 I’ve been debating on collection waiting this or not, but it sounds too good to pass up so I’ll be adding it to the pull list real soon. Or at least I think I will. Knowing me I’ll be debating getting this or not until the day before issue #1 hits the stands. But it sounds awesome so I’m hopefully going to pick it up. 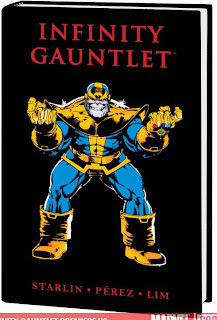 Whoa, I did not see this one coming. I’ve heard a lot of great praise for this storyline and I’ve been wanting to see what all the fuss is about. I’ll definitely be picking this up to see as I’m really excited to check this story out.

Nice brief and this enter helped me alot in my college assignement. Thanks you seeking your information.

me and my wife have been researching 2012 for about 2 years now and have allready started planning they say by 2010 you will see it in the sky and i think thats about the time we will have everything ready we are looking to start a survival group or if anyone else has one that we can join let me know ill check back later thanks
[url=http://2012earth.net
]global economic crisis 2012
[/url] - some truth about 2012

Andrenn
I live in Oregon and love writing.

Readers of the New Age